Where Does Prevailing Wage Go From Here?

You are here: Home / Where Does Prevailing Wage Go From Here?

Over the years, however, these laws have become a subject of controversy. Certain interest groups have advocated for the repeal of these prevailing wage laws based on the theory that when the free market sets wages, it would reduce costs on public works projects. Some of these efforts have been successful, and this paper examines how the landscape for state prevailing wage laws has changed in the last few years, and how this impacts agencies and contractors engaged in public works.

As it stands today, there are 28 states and the District of Columbia that currently have laws which establish minimum wage and associated requirements for labor on state-funded construction projects.1  At one point, there were 41 states that required prevailing wages on state-funded projects. However, between 1979 and 1988, nine states repealed their laws, reducing the count to 32 states. And in the last five years, four more states have repealed their prevailing wage statutes: (1) Indiana in 2015, (2) West Virginia in 2016, (3) Arkansas in 2017, and (4) Kentucky in 2017. This brings us down to the 28 states we have today.

Momentum for repealing state prevailing wage laws does not appear to be slowing down. Currently, there are at least three states considering a repeal.

In Missouri, the House recently passed a measure by a vote of 89-62 to repeal its current prevailing wage law, and instead, require contractors to merely pay employees the state or federal minimum wage, whichever is higher. Proponents of the measure say the current law artificially raises wages and makes public works construction costs prohibitive in rural areas, leading to the abandonment or neglect of important projects. On the other hand, Democratic Representative Doug Beck of St. Louis, who is against the measure, said, “We will have out of state companies that will come in here and start doing the work in Missouri . . . They will bring their workers with them. These are facts. These are not scare tactics. It’s happened in Indiana. It’s happened in Arkansas. It’s happened wherever they’ve repealed prevailing wage.” The bill now heads to the Senate for consideration.

Over in Michigan, a proposal to repeal the state’s prevailing wage law is waiting for signature review by the state Bureau of Elections. Protecting Michigan Taxpayers, the group supporting the initiative, argued that prevailing wage increases the cost of construction for taxpayers and is a burden on small and medium-sized contract businesses. The Michigan Building and Construction Trades Council, who opposes the initiative, argued that a repeal would actually result in lower wages for workers and would limit skilled trades training. The current scrutiny over the signatures is due to an initial review that suggested a significant number of invalid signatures. If the proposal passes this review, it will advance to the state Legislature for the November ballot.

And in Ohio, two Republican representatives are proposing a bill that would allow voters to decide whether Ohio should be a Right to Work state and eliminate the prevailing wage. It would also put limitations on unions for collecting certain dues. Democratic Representative Bridget Kelly says a very similar bill was already rejected five years ago, and there is no need to revisit the same issue. If the bill passes through the legislature, it will be on the ballot for the November 2020 election. 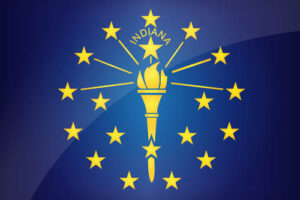 But before other states begin passing legislation to repeal their prevailing wage laws, the recent study conducted by the Midwest Economic Policy Institute on the effect of the repeal of Indiana’s common construction wage statute may provide some helpful and telling insights.

In 2015, then-Governor Mike Pence signed the repeal of Indiana’s Common Construction Wage Statute. The basis for the action was consistent with other states that had repealed the law in the past-prevailing wage laws are burdensome for employers, costly to enforce, inflate the cost of construction, and are basically unnecessary with the Fair Labor Standards (minimum wage) Act of 1938 in place. Accordingly, the repeal was supposed to save the state and local governments money without reducing the paychecks of workers.

Proponents of prevailing wage laws argued at the time that these laws actually served to stabilize the construction industry, protect workers and the industry from cutthroat employers, promote skills transfer through apprenticeship training, and have increasingly opened new fields to minority and women workers.

So who was right? In 2018, the Midwest Economic Policy Institute performed the first in-depth analysis of the appeal and found that Pence was wrong. Among the highlights, the study found that the repeal actually resulted in workers in the construction industry earning less than they did before, and significantly, with no meaningful cost savings for Indiana taxpayers. Indiana State Representative Ed Soliday summed it up by saying, “[W]e got rid of prevailing wage and so far it hasn’t saved a penny.”

It is also interesting to note that the findings are very consistent with a pre-repeal study performed by Professor Peter Philips, one of the nation’s foremost construction labor economists who has been studying the construction industry for decades. Professor Phillips repeatedly cautioned states that the repeal of prevailing wage laws would ultimately lead to a less-skilled construction workforce with low levels of productivity, thereby negating any lower labor costs that may have resulted. The Midwest Economic Policy Institute’s post-repeal study confirmed his claims.

So where does this leave us? Is the Indiana study so conclusive that other states should not be repealing their own prevailing wage law statutes? Not exactly. For one thing, the study only takes into account 18 months of post-repeal data. It could take years to fully realize certain effects. For another, different factors specific to each state (e.g., diversity of workforce, other stimulus factors, etc.) may alter the outcomes. But what the study does show is that repealing the prevailing wage law is certainly not going to be a quick-fix for any state economy. 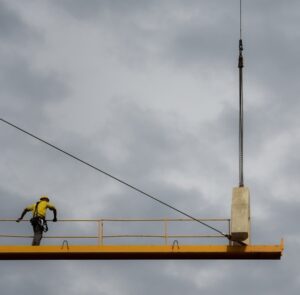 Although the number of states that have prevailing wage statutes has declined in the last few decades (and the momentum does not seem to be stopping), it does not mean that agencies and contractors will not need to worry about compliance with prevailing wage laws in the near future. For starters, the recently published study by the Midwest Economic Policy Institute on the effects of Indiana’s repeal will certainly serve as a cautionary point for other states contemplating repeal.

Also, even if states repeal their prevailing wage statutes, there will still be unions negotiating on behalf of their members for better wages on state-funded projects through project labor agreements, commonly referred to as PLAs. If anything, the repeal of prevailing wage laws should drive up the volume of these PLAs. Agencies will then have to monitor their contractors to make sure that they are paying their employees in accordance with the negotiated rates in the PLA. And contractors will have to make sure that they are in fact paying those rates. So from a compliance monitoring aspect, this will feel very familiar.

Moreover, even if the states decide to forego with their prevailing wage laws, the federal Davis-Bacon Act still remains. Agencies and contractors working on contracts in excess of $2,000 where the federal government is a party for construction, alteration, and/or repair, of public buildings or public works would be subject to the prevailing wages set by the Department of Labor. And although there have been several attempts to repeal the Davis-Bacon Act since its inception in 1931, there does not appear to be any immediate threat to it at this time.

And finally, it is my belief that the government still cares to protect its workers. Let’s be honest. Construction work is dangerous.The U.S. Bureau of Labor Statistics found that in 2016, construction-related professions represented three of ten job categories with the highest fatality rate. And yet, on work sites where prevailing wages were required, construction injuries were fewer. This seems to suggest that at least on some correlative level, prevailing wage laws weed out the “bad” contractors willing to skirt safety laws and expose their employees to unsafe working environments. And keeping employees safe is as a good a reason as any to keep prevailing wage laws intact.